Was Does an Average 1 Bedroom Apartment Rent for in Las Vegas? 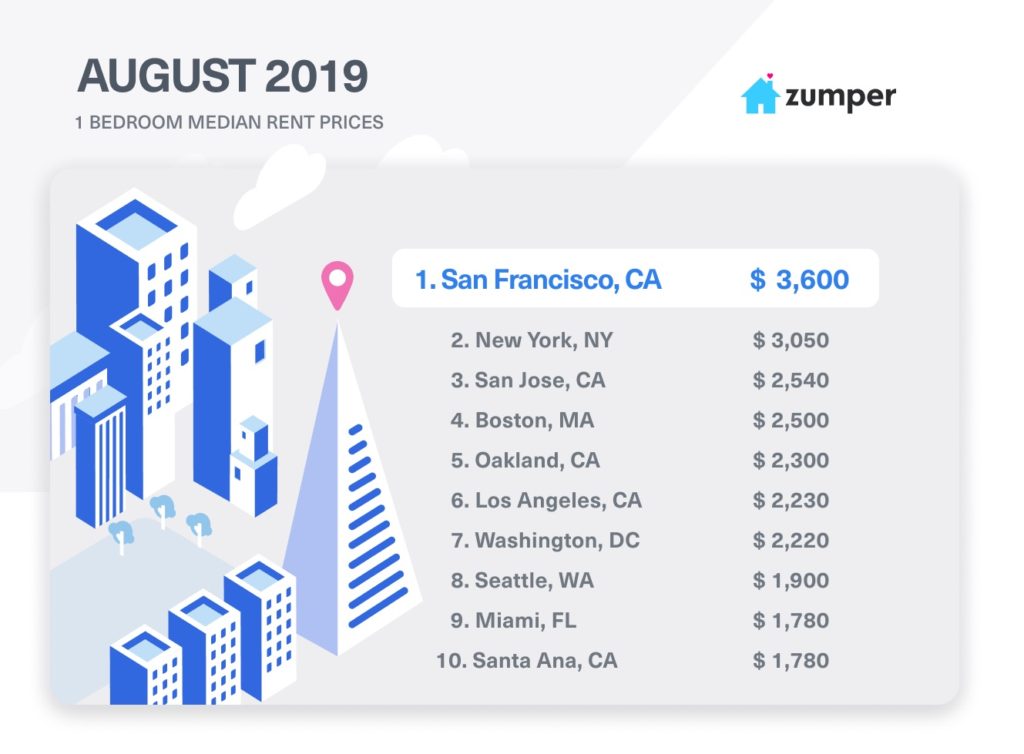 While San Francisco renters can breathe some relief as one bedroom rent dropped back down to $3,600, New York City renters are on the opposite boat as one bedroom rent reached a new 3-year high of $3,050 (beating out the June 2019 report’s previous record). Some key factors of this spike in New York City prices seem to be due to potential buyers choosing to rent instead of own while the sales market softens, which creates more competition in the rental space. There’s also an influx of college grads and young professionals right now relocating to this city, driving up demand in an already demanding summer season.

For the rest of the top markets, Oakland moved back into the top 5, so 3 of the 5 most expensive cities resided in northern California. Honolulu has gotten further and further away from the top 10, dropping another spot to 14th in this report. In terms of monthly growth rates, 3 of the top 5 largest were located in the top 25 markets while the rest of the nation had a more stable month.

While Philadelphia had the fastest growing rent in the nation last month, up 5.3%, Houston saw the largest rent dip, down 5%.

So, where does Sin City rank? According to Zumper, Las Vegas comes in at a very affordable 52nd ($990).  Henderson, NV even comes in a little higher at 41st ($1,130). Believe this one or not, Buffalo, NY comes in at $990 per month … just like Las Vegas. No offense to Buffalo but a Las Vegas skyline and winter far exceeds the lifestyle one is accustomed to in Buffalo. Can you say lake effect snow?

Here’s what the Top 100 looks like, just in case you are looking to relocate: 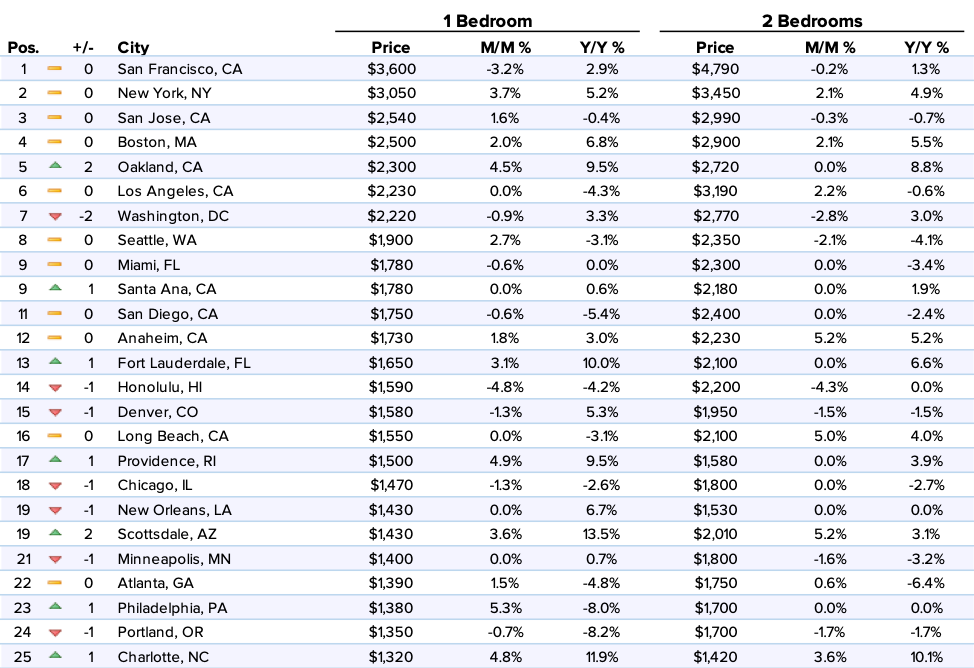 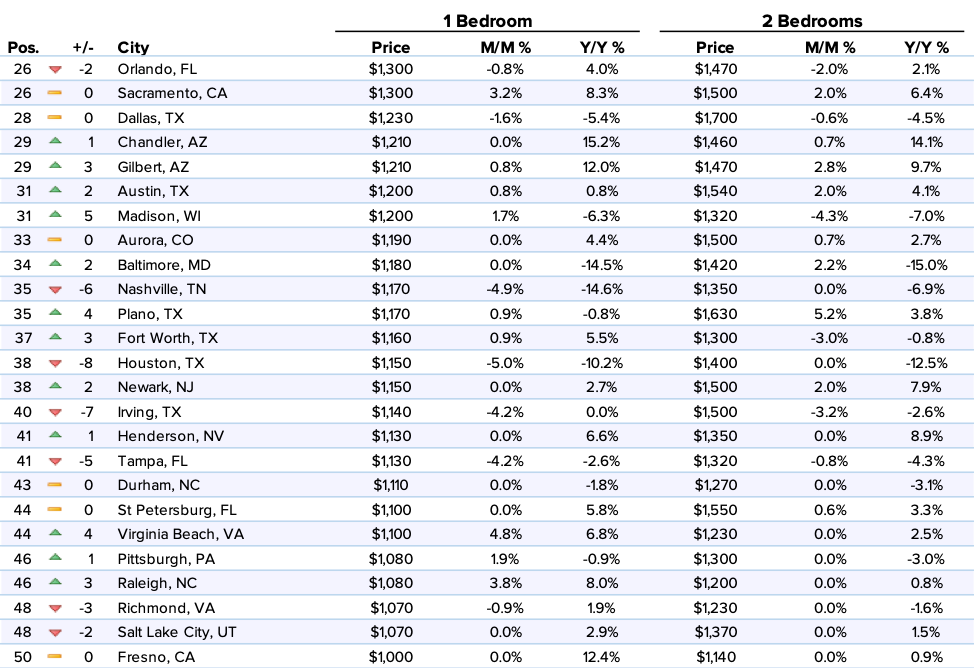 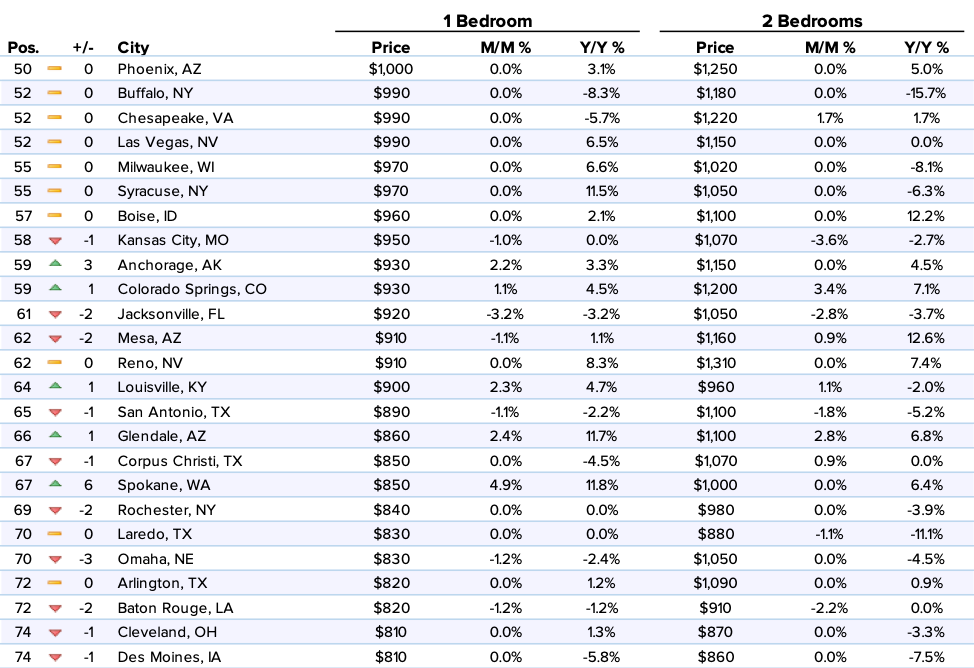 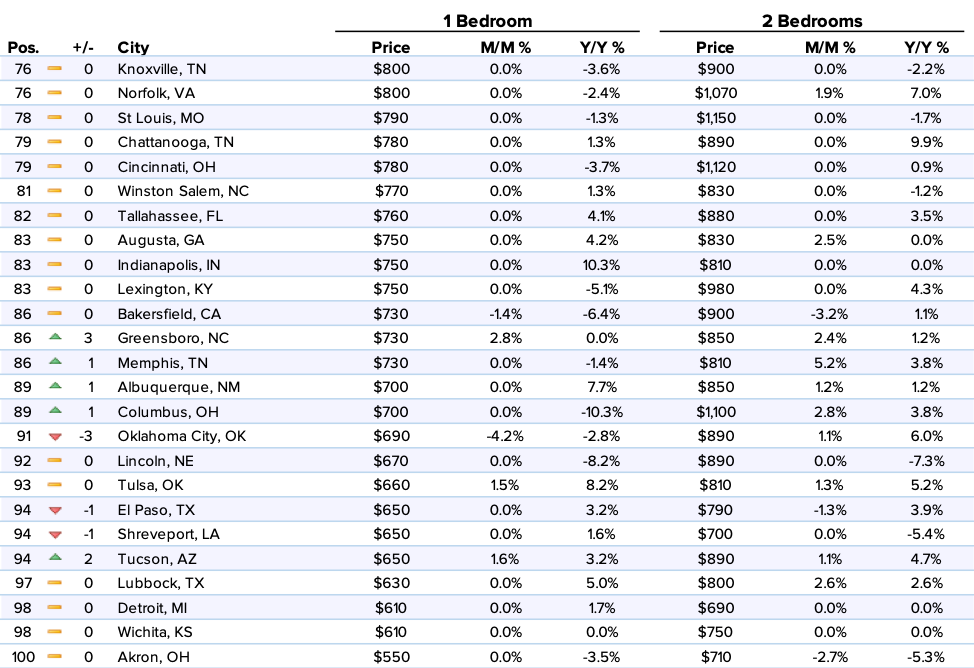